GERICS scientists were among those awarded 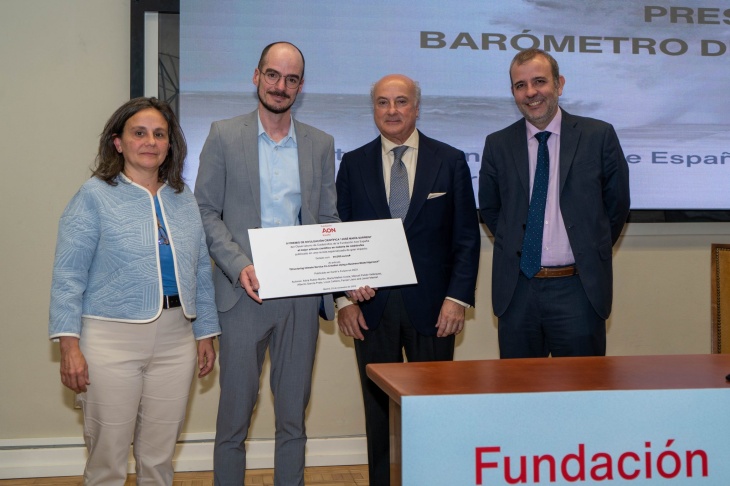 Seven scientists, including two from GERICS, were awarded the 4th José María Sarriegi Scientific Dissemination Prize by the AON España Foundation Disaster Observatory on 24 November 2022. The award ceremony took place during the Observatory's VII Symposium, held at the Spanish Institute of Engineering under the honorary presidency of the King of Spain.

The award for the article "Structuring Climate Service Co-Creation Using a Business Model Approach", published in the journal Earth's Future, was presented by Iñigo Gutiérrez, Director of Development at the Tecnun School of Engineering of the University of Navarra, and Pedro Tomey, President of the Observatory. The latter stressed that "the creation of climate services represents a major conceptual shift for climate science", adding that "it is necessary to build new bridges of communication between the scientific and operational community and the different actors in society".

The prize was accepted by María Máñez Costa and Adrià Rubio Martín, two of the authors of the article, who expressed their gratitude for the award on behalf of their colleagues Manuel Pulido Velázquez, Alberto García Prats, Louis Celliers, Ferrán Llario and Javier Macián. They commented that "this study explores, proposes and highlights opportunities for collaboration between the public and private sectors in adapting strategic sectors, such as drinking water supply, to future climate change scenarios. The aim is to promote this type of collaboration and reduce the gap between scientific research on climate change and decision-making by administrations, businesses and individuals."