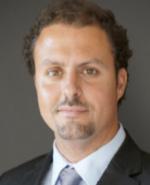 Cristóbal Reveco works as a PhD student at the Climate Service Centre Germany. His PhD studies focus on knowledge transference for local resilience building, particularly for risk reduction at the municipal level. After completing a Bachelor´s degree in Development Studies at the University of East Anglia, Cristóbal obtained his Master´s degree on Environmental-Social Sciences also at the University and University of East Anglia.

Previously, Cristóbal worked as senior advisor in several projects on climate change adaptation in Latin America, particularly focusing on the role of local governments and planning for climate action. Cristóbal has helped creating networks of municipal governments under the umbrella of climate action in several countries, including Chile, Costa Rica and Colombia. He has designed and implemented programmes for universities and municipalities to collaborate with one another in the design and implementation of climate adaptation projects. Cristóbal has led several international cooperation projects in Latin America, including capacity building programmes for public decision makers, as well as research projects funded by multilateral agencies.